One of the biggest obstacles in building startups outside of the United States is fundraising.

Many companies shut down after running out of money. What can entrepreneurs outside of the U.S. do to access venture capital?

Dave McClure, 500 Startups Founder and Partner, advises founders to be resilient and keep getting customers. The money will come if you focus on building products that people want. The following Latin American edtech company is living proof of McClure’s advice. They started with almost no money and recently, they shared a stand with the world’s top tech leaders.

Four years ago, Latin American social enterprise Laboratoria launched with the hopes of giving young women opportunities for a brighter future through software education. Four years later, Mariana Costa, Laboratoria CEO, joined Mark Zuckerberg and President Obama at GES 2016 to discuss the impact that her program has made for thousands of low-income women in Latin America.

Mariana Costa next to Mark Zuckerberg at GES 2016 (Source: Stanford)

What’s Laboratoria and how did it first launch?

Costa and her husband met in New York City, and decided to open an agency to connect developers in Latin America with tech companies. When they started, they realized that it was difficult to find women developers, though the demand to hire them was high.

Costa decided to return to her home country of Peru, creating what Laboratoria is now – a program to teach young women to code while giving them access to work in the tech industry. 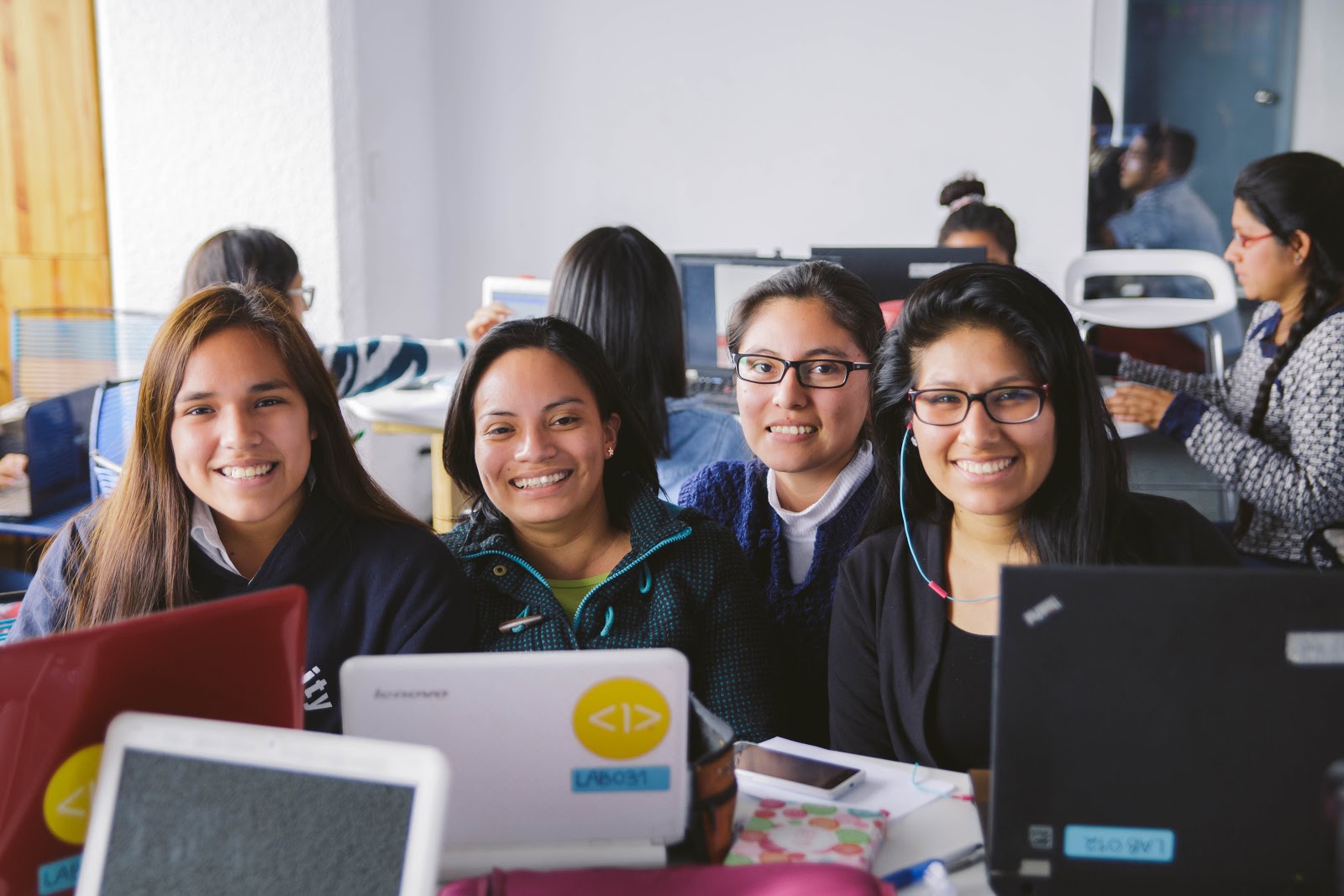 Unlike software academies like General Assembly and Hackbright Academy, Laboratoria targets young women who didn’t have access to high quality education. Once the students graduate, they pay back the cost of the program during their first 3 years of work. The results of Laboratoria in 4 years? See it yourself: 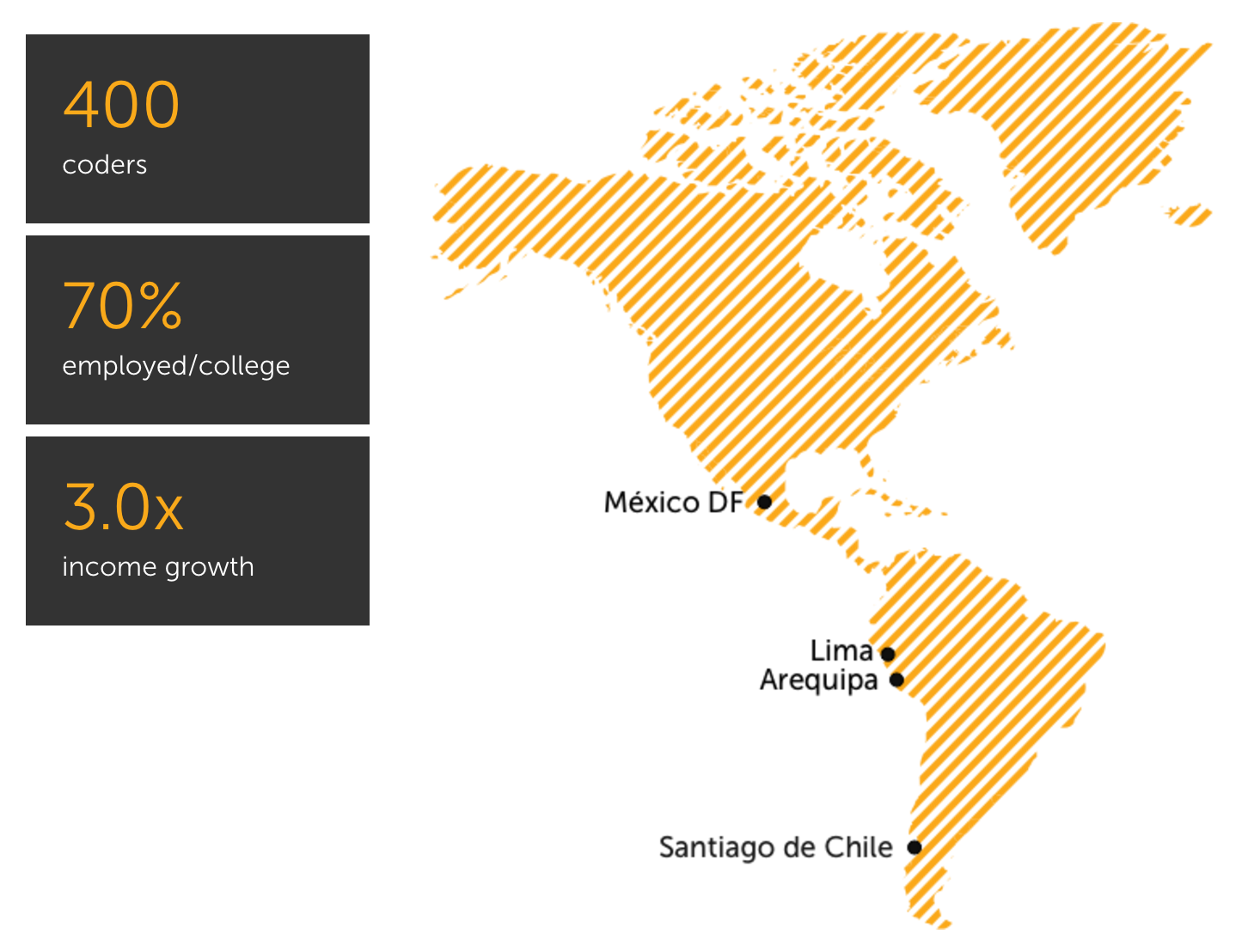 When Costa first started, she didn’t receive much local support for her venture. Then, her team’s hustle and hard work paid off and partnerships and money came along. Now, the courses have expanded to 4 major cities in Latin America and Laboratoria is looking to open more offices.

Tech companies like IBM, Google, Linkedin, and Microsoft have funded Laboratoria to increase the supply of women developers. Laboratoria still has a lot of potential for growth. As the company expands, more young women who previously were making minimum wage will now have access to quality education in the digital age.

Historically, edtech companies have had a more difficult time to raise money and find strategic partnerships than other industries. Why? Many edtech founders are building products that don’t scale to a larger market. 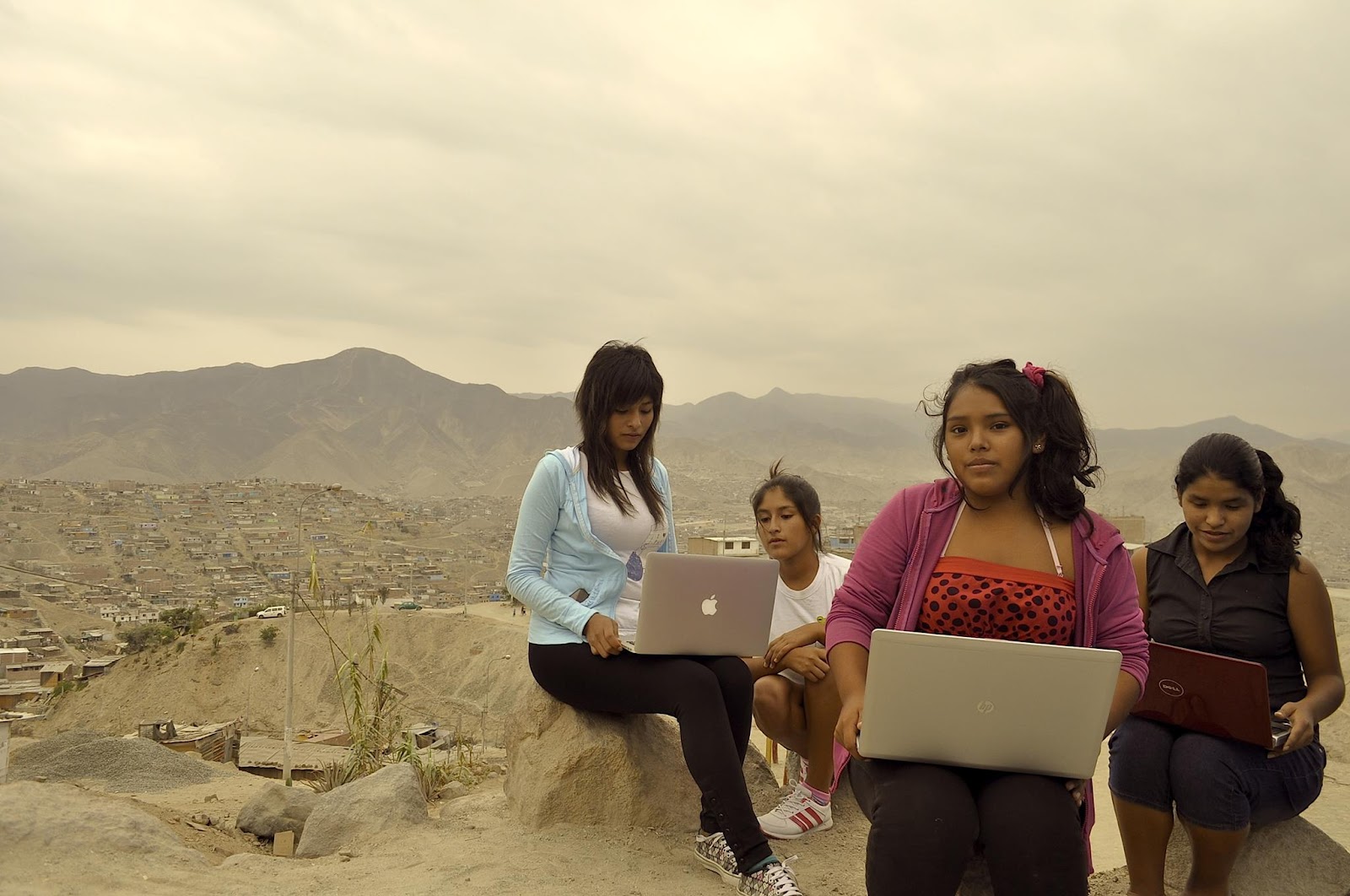 The topics of education and edtech are often discussed with a lack of empathy. Many of these products and services are targeting more affluent people. Thus, a lot of founders never truly understand their users and as a result, have growth problems.

The Institute of Design at Stanford teaches “empathy” as a step to create sustainable businesses. Laboratoria’s understanding of their students’ background and stories is an important factor of their business model, growth strategy, and teaching methodologies.

Founders, money is an important aspect of a company’s growth, but as McClure said, you shouldn’t focus on raising money – you should keep getting customers. During the early days of Laboratoria, Costa and her team focused on giving the best education to their students, which ultimately led to partnerships with the biggest tech firms in the world.

My advice? If you are a founder that wants to build an app for 100 million users, go talk to them. You probably see the world very differently than someone who struggles with hidden learning disabilities, or someone who has to work multiple jobs to pay for food. Build a product that people can and want to use. Success will follow.